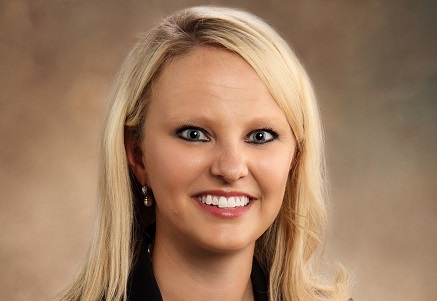 Katherine Layman concentrates her practice on employment and business litigation and corporate contracts.

Layman began her legal career as a Law Clerk for the Honorable C. Clifford Shirley and the Honorable H. Bruce Guyton of the United States District Court for the Eastern District of Tennessee.  During that time, Layman gained an understanding of the federal court system and has continued to hone the skills of research, writing and oral advocacy acquired during her time as a law clerk.  After her clerkship with the Eastern District of Tennessee, Layman spent three years at a respected Knoxville firm.  During this time, Layman obtained a wide variety of experience in employment law and business litigation.  These areas of practice helped Layman transition to her role of Corporate Counsel for a Knoxville business.  There, Layman assisted the business in corporate contract drafting and review as well as employment law.

Layman graduated from the University of Kentucky College of Law in 2010.  She focused her attention in law school on advocacy, and was awarded the Trimble Club’s Best Respondent Brief Award and Best Overall Oral Advocate Award.  Layman was also an active member of the Moot Court Board and earned a position on the College of Law’s prestigious National Moot Court Team where her team reached the final four in the regional component of the National Moot Court competition.

Layman attends First Presbyterian Church of Murfreesboro Tennessee and is a member of the Junior League of Murfreesboro. She is married to Matt Layman, radiologist with St. Thomas Rutherford and they have two daughters.

Layman is a member of the Rutherford-Cannon County Bar Association and the Lawyer’s Association for Women.